In stock
can be shipped within 1 days 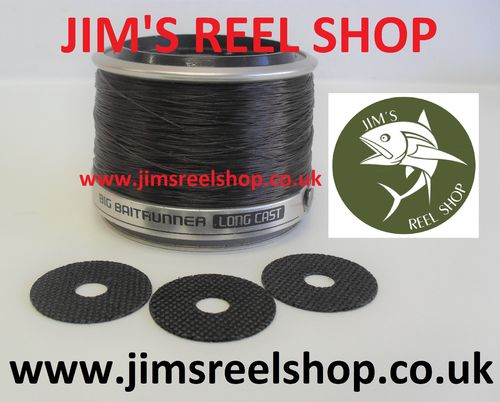 A set of three drag washers is enough to convert a single spool. Available in sets of three only

These washers fit under the spool cover, which is retained by four Philip screw headed screws. If your spool does not have four screws retaining the cover, then these are the wrong washers!

Smooth Drag drag washers are made from Carbon and manufactured in the USA.

Beware of the nasty laminated washers claiming to be Carbontex from the Far East and available from the well known auction site! They often look like they have been cut with a Fire Axe!! That last for a short time and are useless!